Tel Megiddo was our destination today. Tel refers to a mountain that has been created by building a hill higher usually by building on top of other civilisations. This one was badly excavated in the 1920s by the University of Chicago which dug through 20 odd layers. It destroyed a lot of the site but also revealed a sacrificial altar several layers below which revealed that there had been many different civilisations from the Egyptians, to the Christians in the area. 30 different settlements had been built one on top of the other. Megiddo translates as Armageddon and was situated on the crossroads of the main trade routes. Due to its position it was powerful and controlled the routes passing through the region. In the photo below there is a prison for political prisoners and when they were building they found the remains of a beautiful mosaic commemorating Jesus and a church. This was dated from the 3rd Century and is evidence of an early Christian community living there. From here we could see Mt Carmel on the coast behind Haifa.

What has been a revelation is how close everything is. In the Bible you imagine the towns and mountains being a long way away from each other. Of course if you are walking or using a horse / donkey they are a few days from each other but in reality the distances are quite small. This makes the life and influence of Christ all the more remarkable. Imagine the Mt Dandenong to Melbourne-those are the sort of distances.

According to the Book of Revelations this is where the kings of the world will gather for the final battle between good and evil. 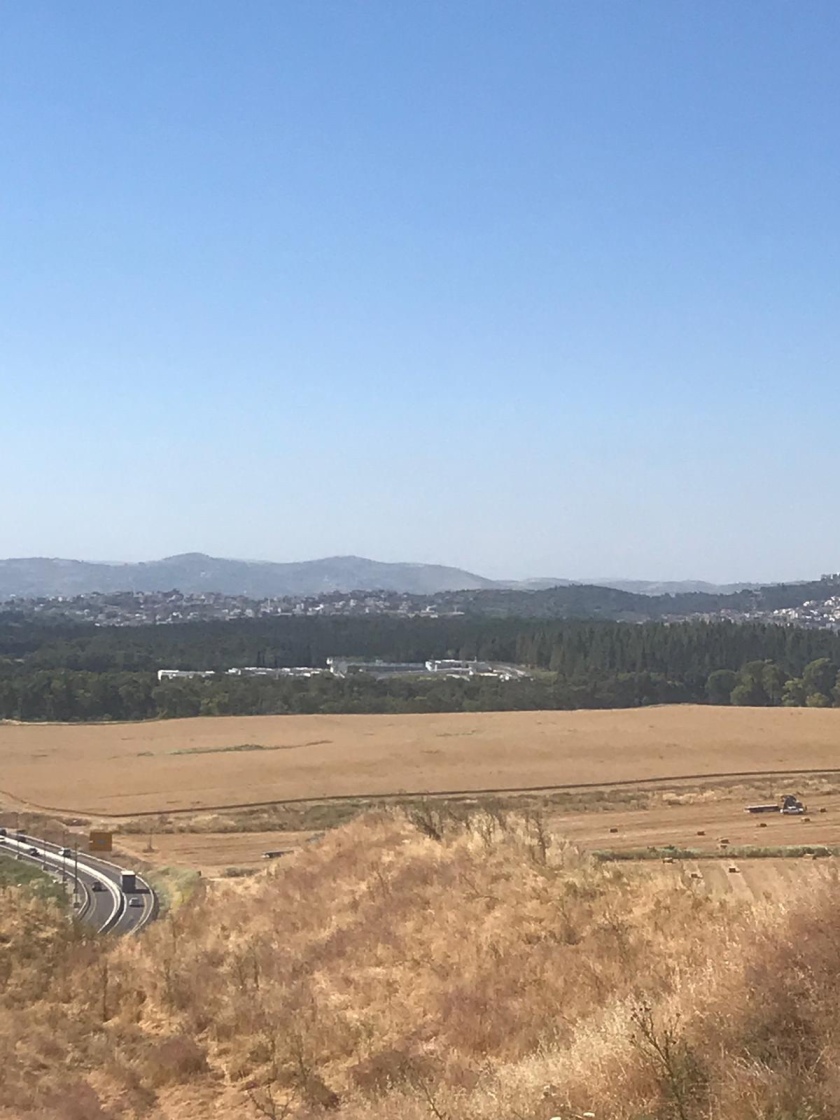 We drove to Mt Carmel next. This is situated behind Haifa on the coast. It was lovely to see the sea again and Haifa was an attractive modern city. Any place that has trendy coffee shops is a modern liveable city.! It really looked a lot like home. The difference between Jewish and Muslim settlements is so marked. Like time warps. We stopped at the Bah’hi Gardens. It has 19 terraces stretching up the Northern slope of Mt Carmel. In the centre is a shrine to Bab their prophet. It was meticulously tidy and quite beautiful. This is a breakaway group from Islam but they are very peaceful and their members are well educated and usually wealthy. 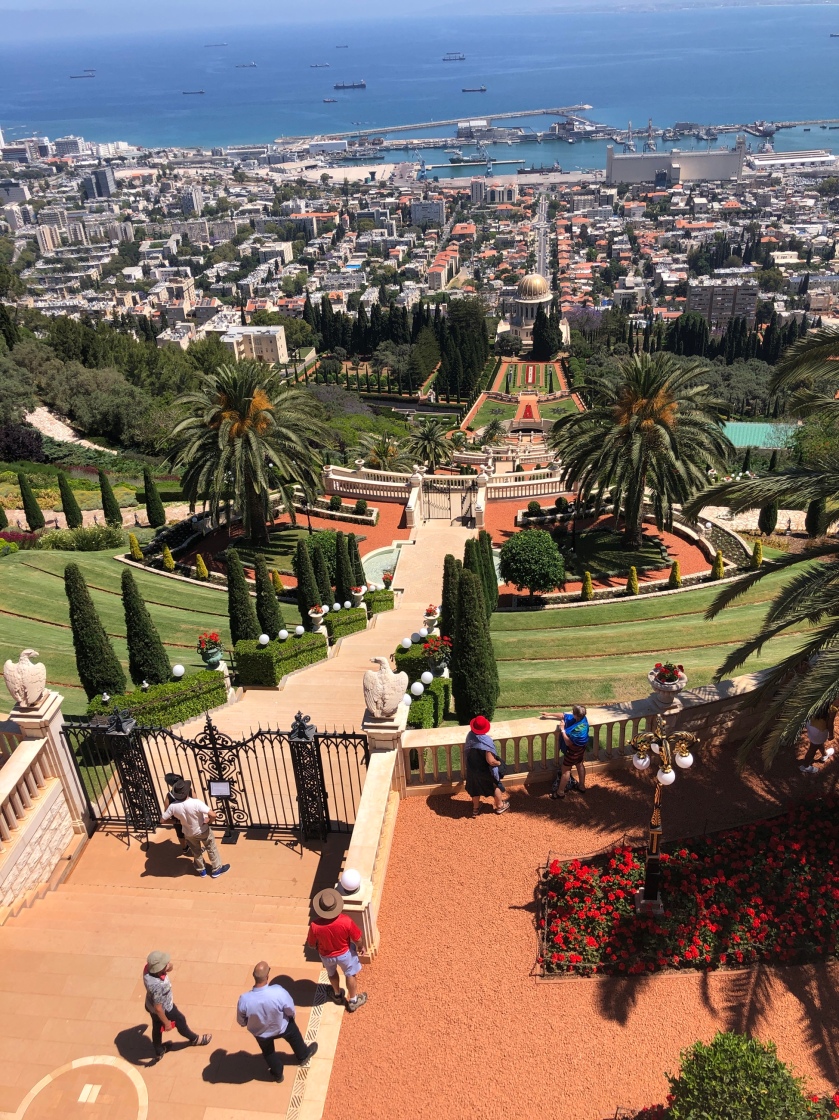 Overlooking the sea on the side of Mt Carmel is the Stella Maris Monastery, the origin of the Carmelite order. It is the only order to originate from the Holy Land. The monastery is built over a cave where Elijah was believed to have meditated before he went into battle against the prophets of Baal to emerge victorious and prove he was the real prophet of God. The Virgin Mary was supposed to have visited here after learning about her pregnancy. The altar in the church has been built over the cave. Further up the mountain is another monastery also run by the Carmelites where we were able to have a Mass. It was a very simple chapel with a peaceful aura. Above the chapel was a lookout that pointed to all the different towns and mountains. Anne and I were amused that the arrow pointing to Jerusalem was yellow! We are still following yellow arrows.

When we left to rejoin the bus we were all startled to see cattle grazing in the bushes near the car park. They were large with long horns. One looked like it might charge us if we got to close but actually they were too busy chewing to bother with us. We haven’t seen much cattle here but we saw a few feed lots for sheep when we were travelling across the Jezreel Valley. We saw them in Jordan too. They were the sheep sent from Australia by ship!

From here we travelled to Caesaria an impressive Roman ruin right on the water’s edge. Built by Herod the Great it had a hippodrome, theatre and huge bathing pavilions. He even had a swimming pool carved out of rocks on the shoreline that was filled with seawater. A fore runner to the salt water pools around Sydney? There were the remains of latrines and sewerage still evident. The port Herod built has fallen into the sea but it was an important trading port between Egypt and Rome. 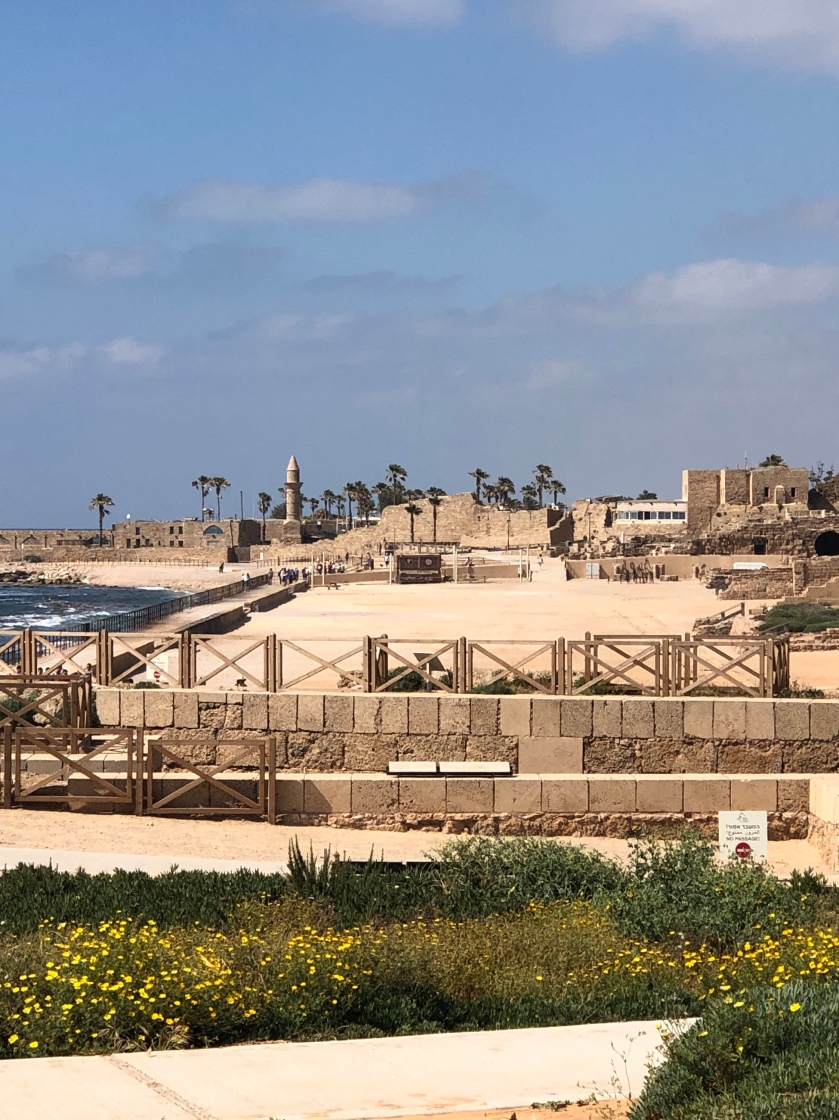 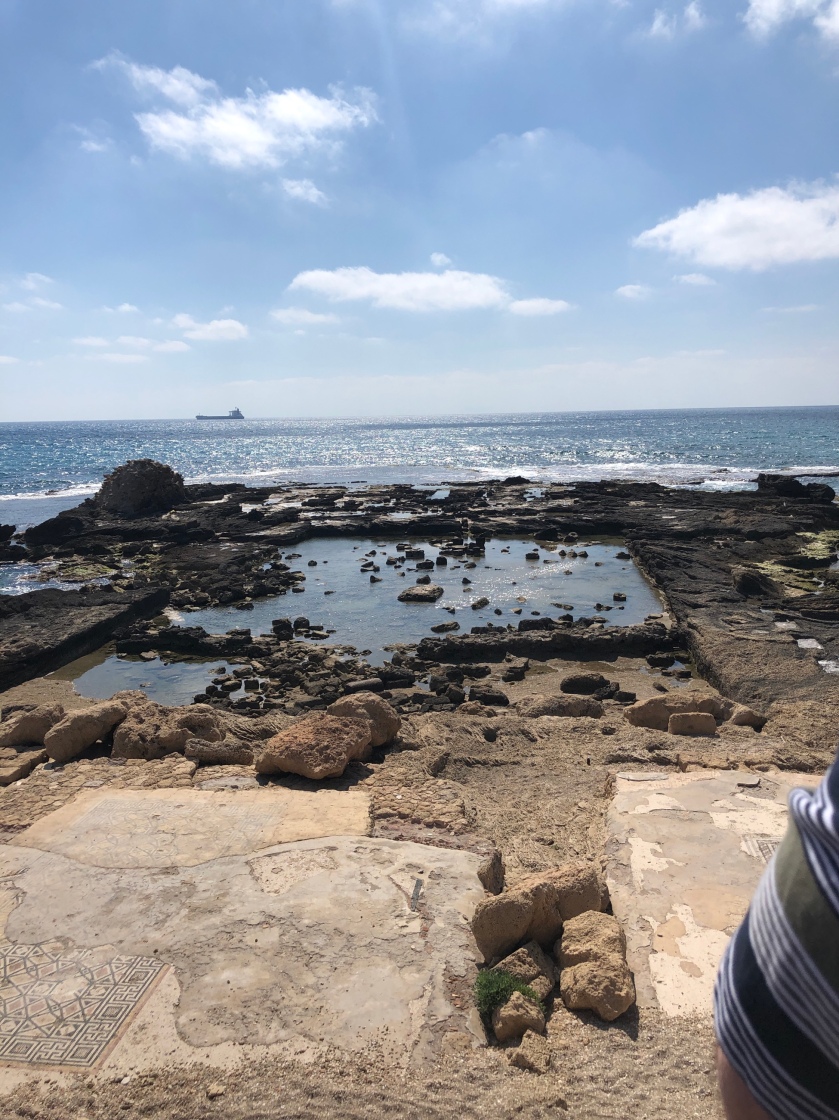 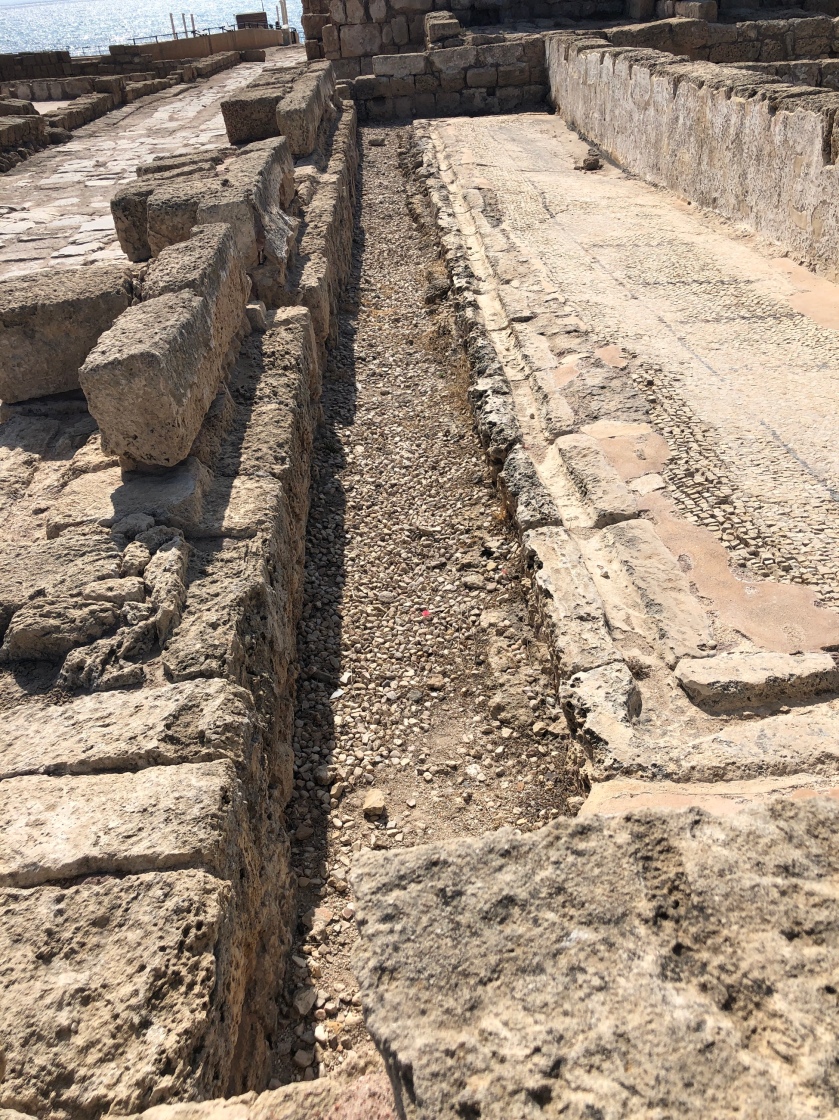 In the hippodrome there were several groups of pilgrims singing. These impromptu concerts seem to be everywhere at holy sites.

Our day done we headed to the St George’s Hotel ( with pool!) in Jerusalem. Our guide went to great pains to tell us that in Jerusalem we needed to stick close to the group. No wandering into shops as a few of the members do constantly, or going ahead. We thought he was being a bit over the top. Little did we know how important that advice would be.