Today we crossed into Israel via the Allenby Bridge. This was like going to the airport and going through security. The landscape changed to mini grand canyons and is subject to massive flash floods which gouge out channels in the soft stone. 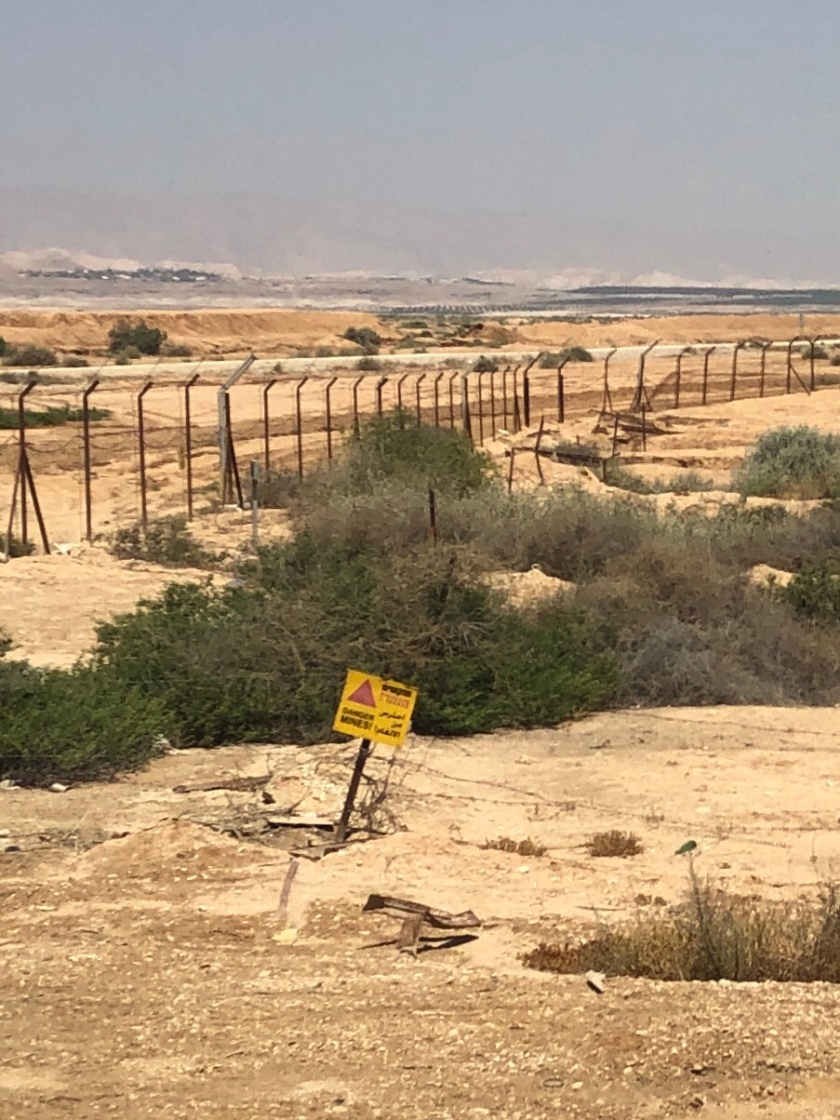 Our guide organised visas which cost us 10 Jordanian dinar. We were told to not smile or crack jokes with immigration. We had to enter single file and put our luggage on the conveyer X-ray and pass through security. It was quite tense even though the guards were all really young. We waited ages for our bags and several went through twice before being released. Kathy had to unpack her bag because she had a bottle of whisky that she has been enjoying. The guards opened the bottle and checked the contents before releasing her bags. Randa our tour guide has been joined by her son Mathew, and it is his first entry to Israel. He was held and interrogated for over 30 mins because he is a Jordanian born Australian and an Arab.

Once that ordeal was over we headed off to Qumran where the Dead Sea scrolls were found. This was the home of an aesthetic Jewish sect, the Essenes who lived communally and simply, studying the Hebrew bible as a celibate priestly class. The Dead Sea scrolls were religious documents that preserved multiple copies of some of the Hebrew Bible. They were discovered in a cave by a shepherd in the 1940s and date back to possibly earlier than the 1st Century. It has been suggested that Jesus may have been part of the sect at some time because they used the bread then the wine in their rituals as did Jesus in the Last Supper rather than wine first. There were ruins with several bathing pools because they practiced ritual bathing morning and night to purify their bodies and their souls. Even the steps into the baths were uneven so they could not rush in or out but maintain their contemplative state.

From here we travelled to Jericho, the oldest city in the world and saw the Mount of Temptations where Jesus was supposed to be tempted by Satan . We also visited the sycamore tree where the Tax collector waited for Jesus. Jericho was a sad place it seemed to us. There was rubbish everywhere and places unfinished. It just looked shabby. We all thought the oldest town in the world was not capitalising on its history. 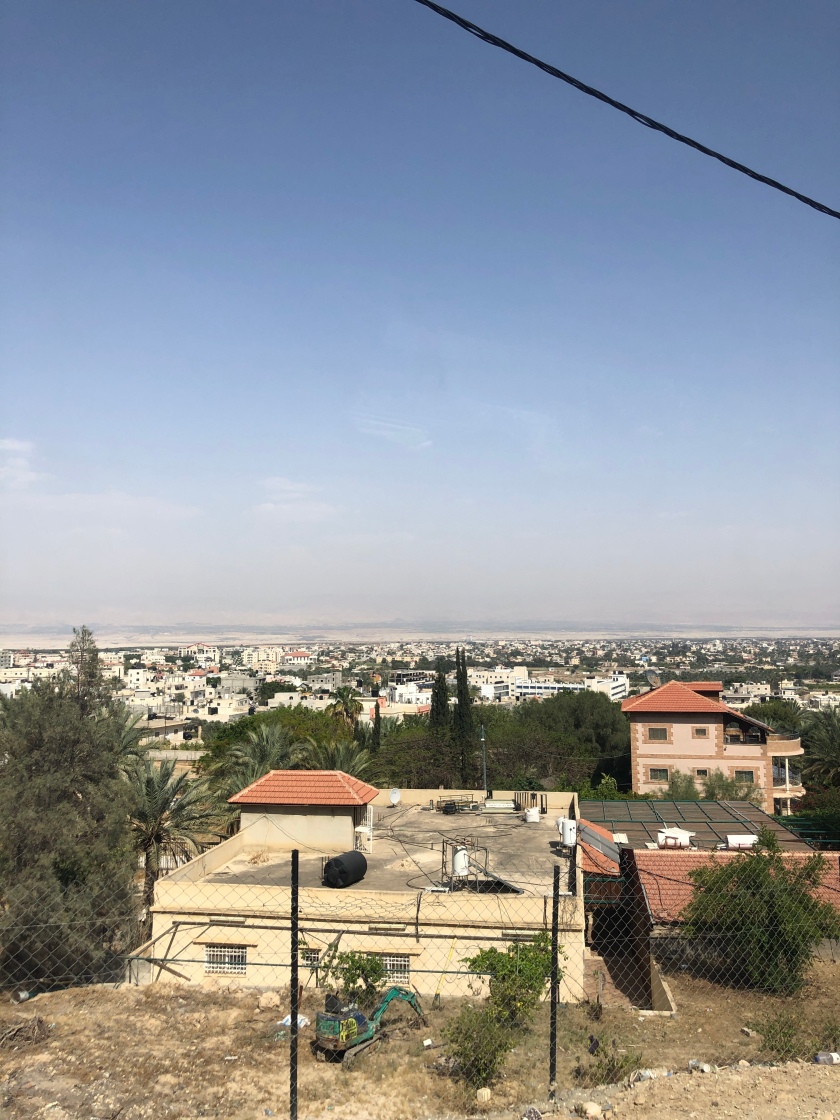 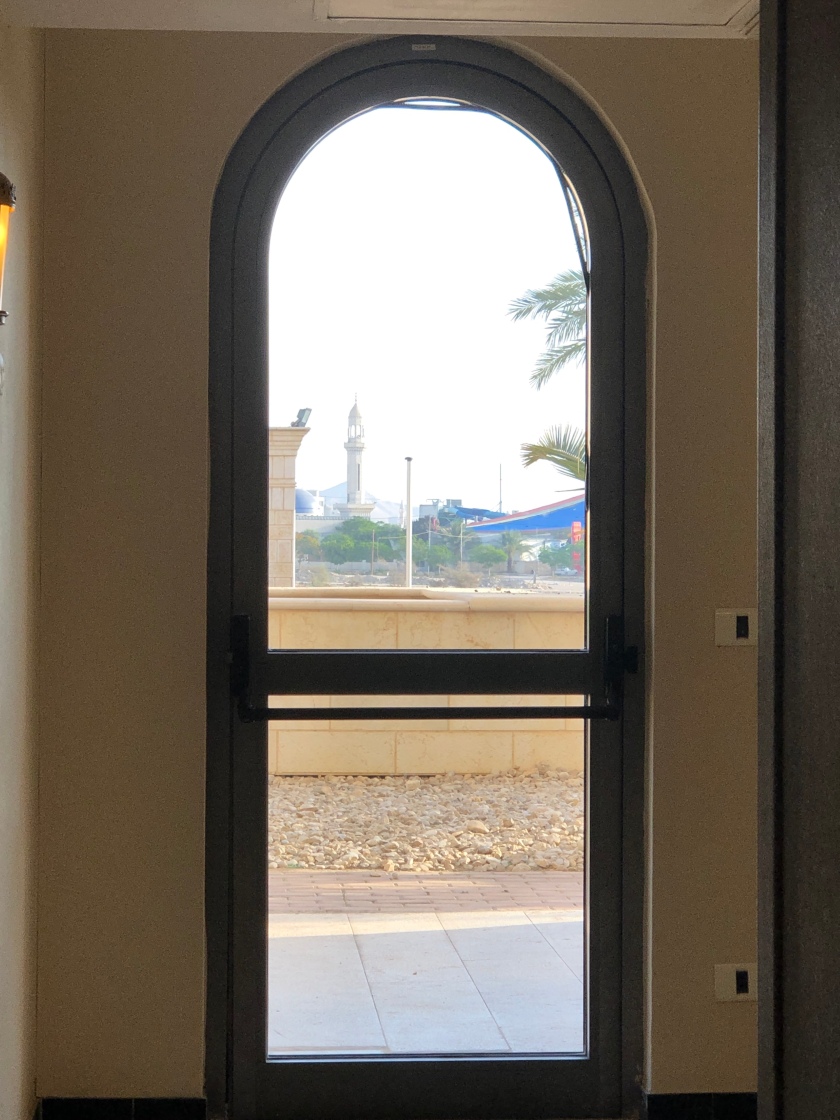 Finally we arrived at the Oasis hotel, which had been a casino for a brief time. It had a lovely pool which we all hopped into almost as soon as we arrived. We were all hot because the temperature had soared to well over 35 degrees.