Karen and I went to Ludlow which is a beautiful medieval town to explore more thoroughly. It was once the centre of government for this part of England so was a rich medieval town with a large castle and a beautiful historic church.

When we arrived the Saturday market was in full swing and their were several groups of Morris dancers performing. It is an ancient folk tradition of men’s dancing with bells on their legs and flowers on their hats, danced with sticks or staves. It is very energetic and requires precision with eye hand coordination to avoid hitting each other on the head! It was very entertaining and the three troupes we watched all had very different costumes. One group was from Lancashire and wore clogs so the beating if the clogs added to the folk music. Apparently the mill workers of Lancashire used to wear clogs. 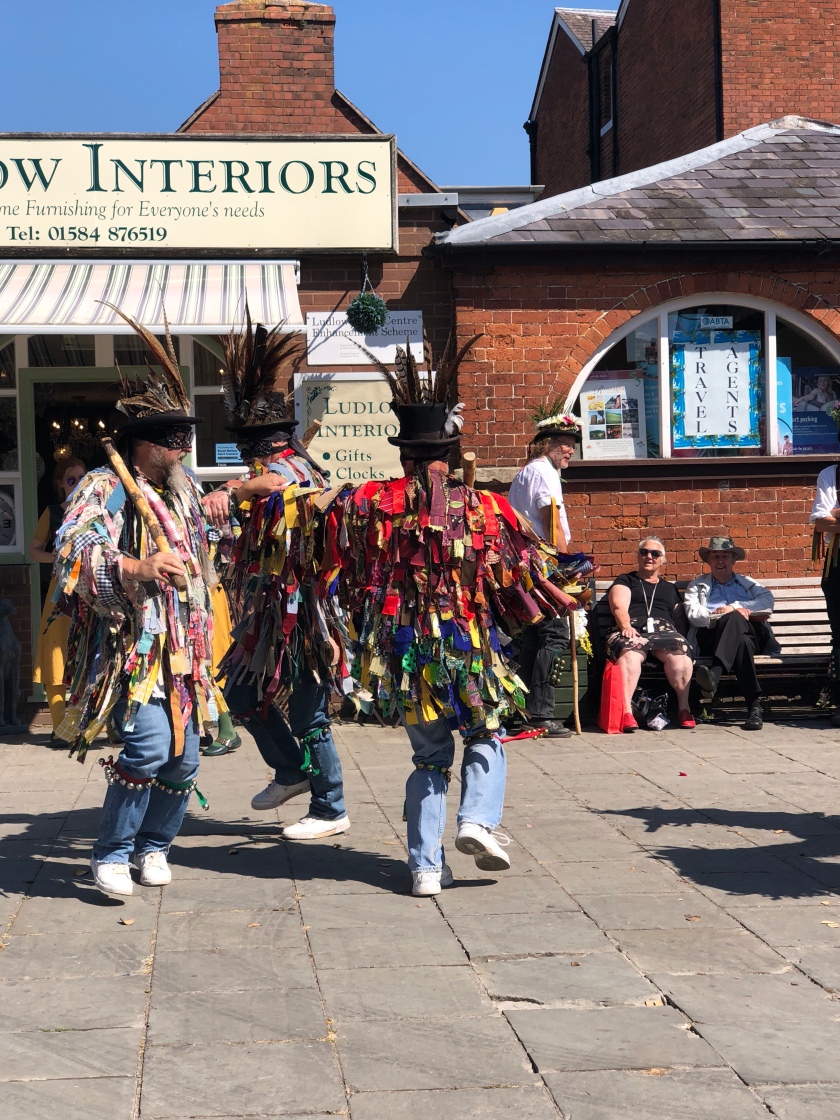 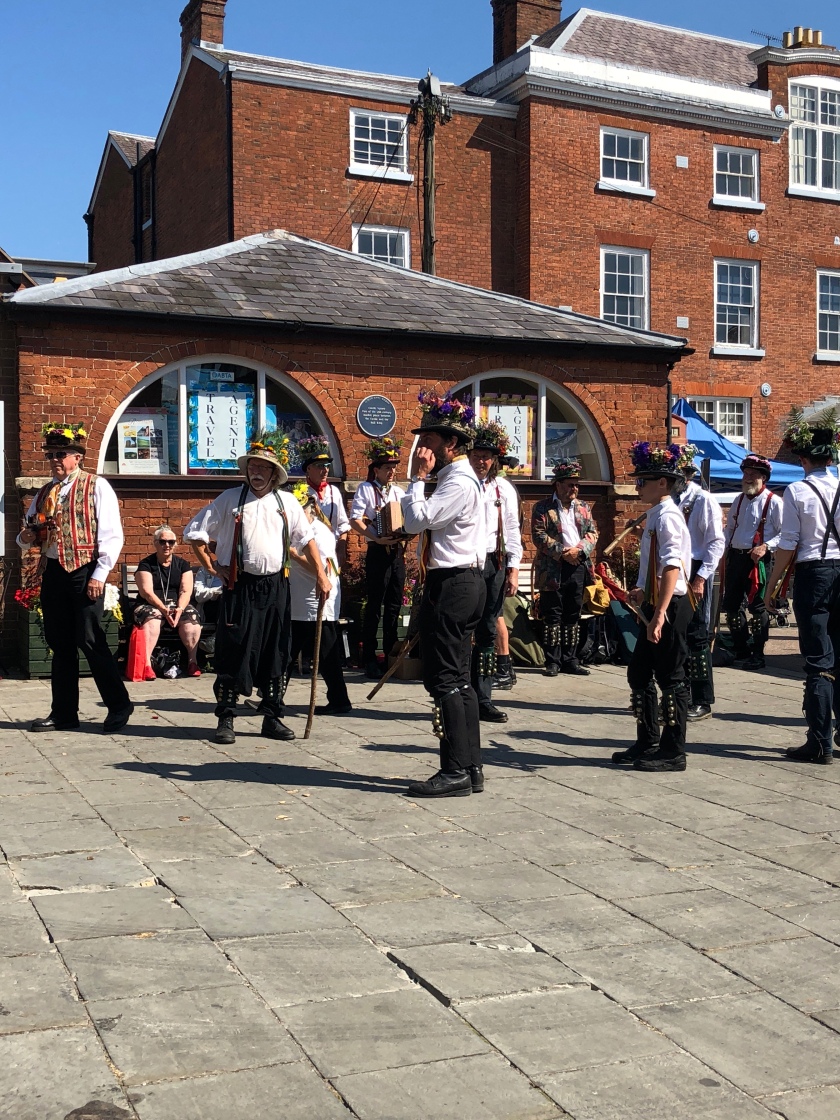 Later I toured St Laurence’s church which had some intriguing carvings on the underside of the seats the monks used to sit on or lean against when praying. It had a most elaborate wall of carvings in the chancel behind the altar too. So many of the churches were ‘cleansed’ of ornamentation during the reformation or sacked during the English civil war but this church had managed to retain its original stained glass windows. 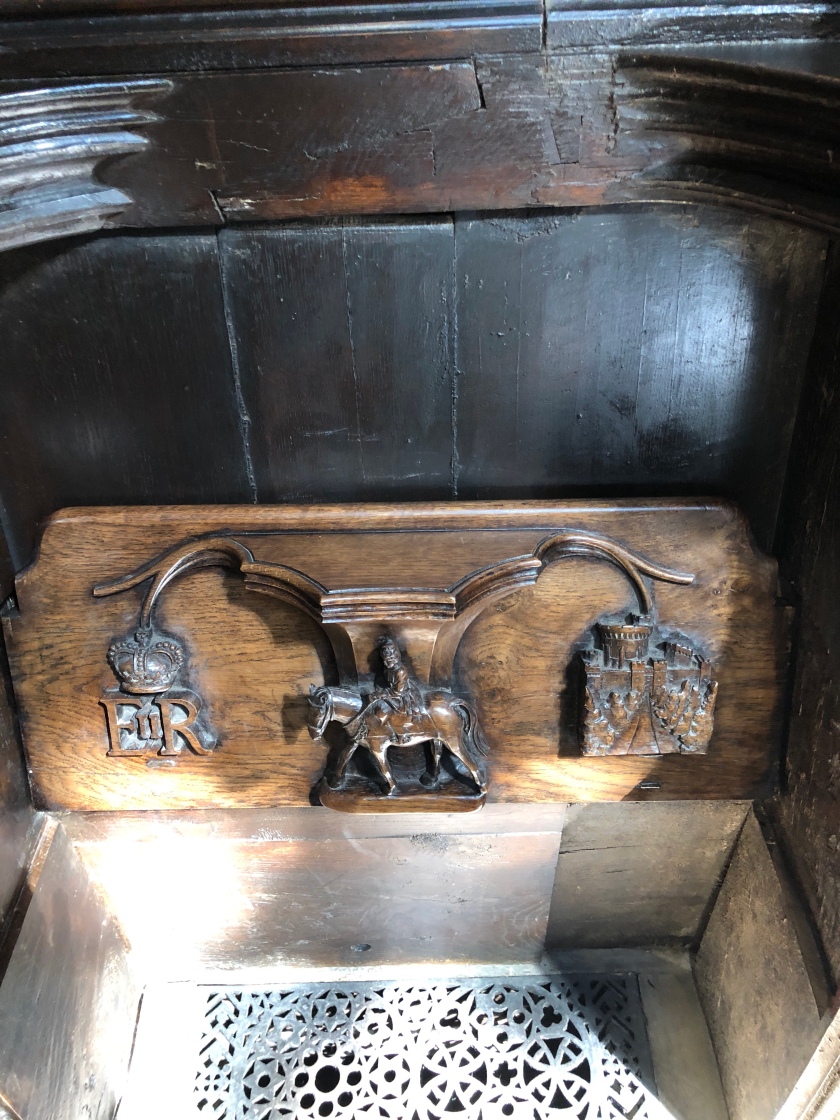 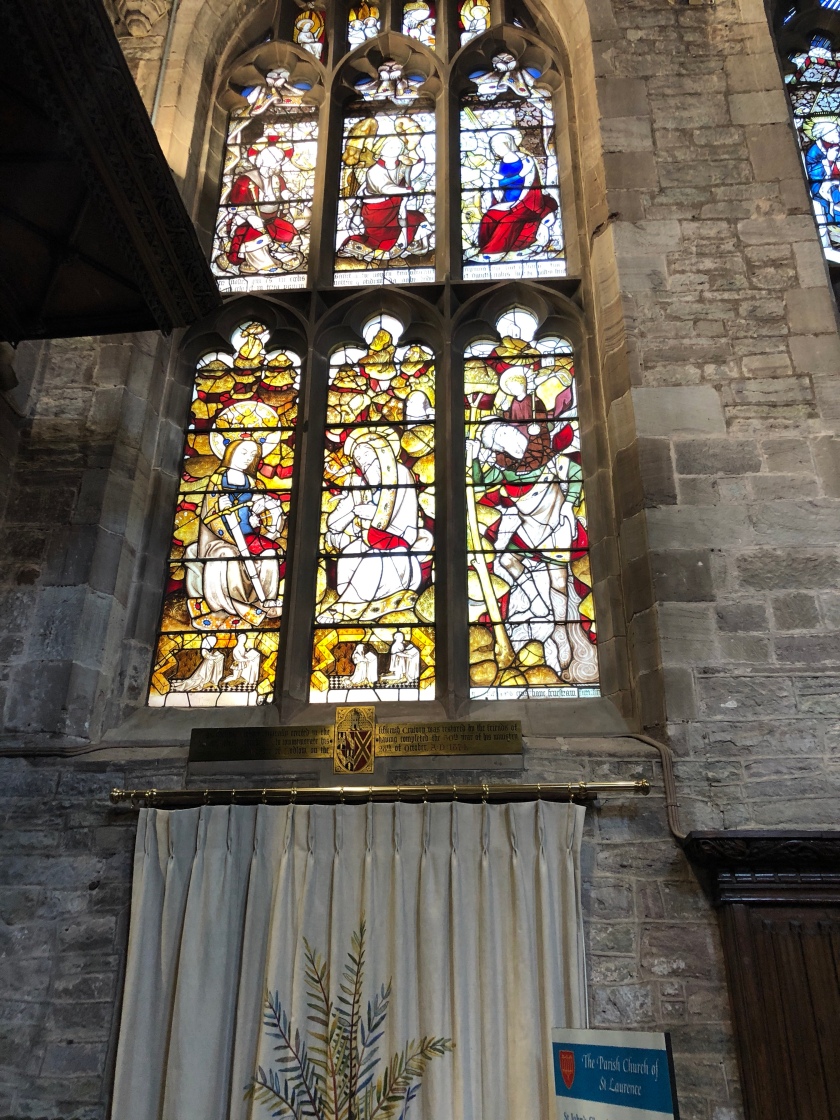 The town has many winding streets of pretty houses and shops. Karen and I entered a shop called Expensive Mistakes which had preloved designer clothes. After a few changes if clothes Karen purchased a very smart black and white outfit, hat and bag for an upcoming wedding. We celebrated with tea and lemon tart!

Next it was Ludlow castle the home of one of the richest men in medieval times. It was built between 1086 and 1094 by Roger de Lacy. Catherine of Aragon came here for her honeymoon but her husband Prince Arthur died 6 months later from the plague and she later married his brother Henry the VIII. The castle was a significant place for quelling rebellion from across the border in Wales. 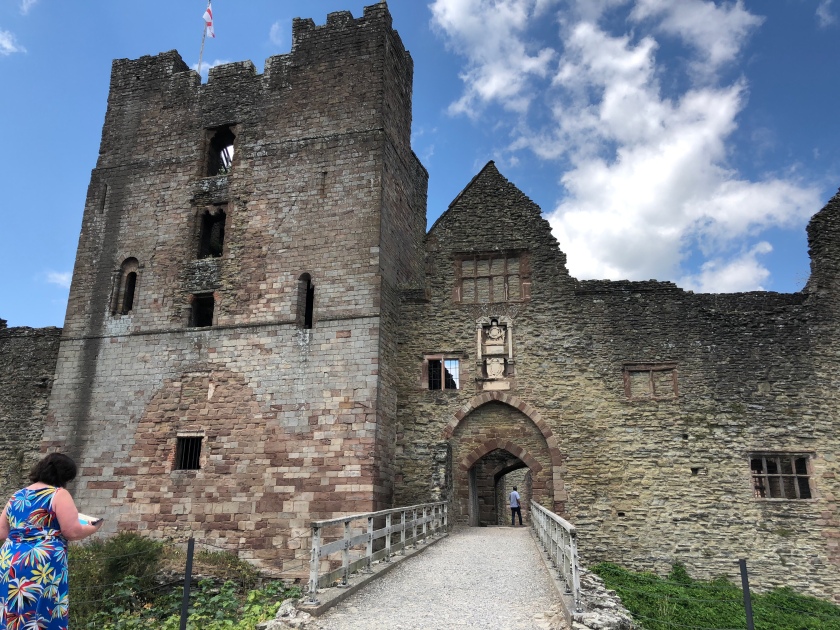 We rounded our day off by watching Baz Luhrmann’s Romeo and Juliet. I haven’t seen it for years but it really holds up as a production. Just as powerful as when it was first released. We made a few comparisons between it and the play we saw on Thursday both being modern interpretations.

This is my last day in England and tomorrow I fly to France for the language school. I am a bit anxious but I am sure it will be fun.